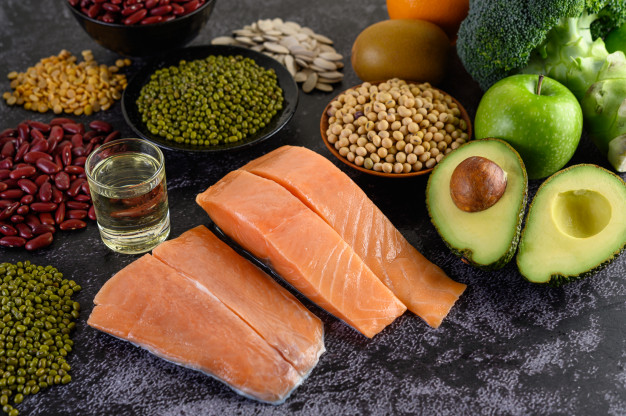 Role Of Vitamins And Nutrients In Fighting Dementia

Dementia is the umbrella term that describes an overall decline in mental ability severe enough to interfere with daily life (interrupt regular tasks), with Alzheimer’s being the most well-known and the most common type of dementia. It isn’t always right to take a decline in cognitive skills and memory as just part of the natural aging process, as often, mental decline can be the result of small amounts of damage to the brain, which add up to noticeable mental impairments over a period of time. Dementia diagnosis can seem daunting for both the person diagnosed and their loved ones.

There is currently no proven cure for dementia, which is what often makes people turn to natural remedies, including vitamins in the hopes of preventing the onset and progression of the condition. However, you should be cautious of advertising claims of vitamins and supplements.

Below we are outlining a list of some of the vitamins that are gaining traction:

Vitamin D– Our body creates this vitamin from direct sunlight on the skin and it is also found in a small number of foods such as oily fish and egg yolks, and you can also take it as a supplement (of course in consultation with your doctor). Seniors require more of this vitamin as they tend to spend less time outdoors, with their skin not producing this vitamin sufficiently in comparison to younger adults. According to studies, vitamin D deficiency is connected with an increased risk of dementia, which highlights the importance of consuming vitamin D-rich foods or taking vitamin D supplements to delay or even prevent dementia. The fact that Vitamin D is one of the most important supplements can be attributed to the serious issues associated with its deficiency and because approximately 95 percent of seniors are Vitamin D deficient.

Vitamin E– You can have your fill of vitamin E by eating a wide variety of food such as plant oils, nuts and seeds, which (as per studies) can slow down the decline of cognitive abilities in dementia patients alongside taking traditional medication. Moreover, research shows that those who eat a diet rich in vitamins E have a 20-25% lower risk of developing Alzheimer’s disease. Also for those in the early stages of dementia, supplementing with vitamin E on a daily basis has been shown to slow the progression of the disease.

Omega 3– Omega 3 fatty acids are extremely important for our body, it is an important nutrient required for healthy brain development. According to studies, individuals who consume higher amounts of Omega 3 show “higher amounts of memory recall and learning” and are 41% less likely to develop dementia. Get your fill of omega 3 from natural food sources like cold-water fish such as salmon, tuna, trout, mackerel, seaweed, and sardines.

Turmeric Curcumin– Curcumin (an extract from the Indian spice turmeric) has been studied for its brain and memory benefits. This active ingredient in turmeric has anti-inflammatory and antioxidant properties (can be instrumental in preventing some symptoms of dementia). This ingredient is known to remove Amyloid-beta plaques, which are believed to be one of the major causes of Alzheimer’s disease. You should take it with black pepper extract to increase its absorption.

It’s advisable that one should consult with their doctor before going ahead with a supplement as it will have different impacts on different people, and research on the impact of some supplements is still ongoing.

According to the Alzheimer’s Organization, individuals over the age of 50 should make a proactive effort to include these vitamins and nutrients in their diet, and we at Senior Sanctuary of Anthem absolutely second that, which is visible in our meals prepared for and served to our residents every day.