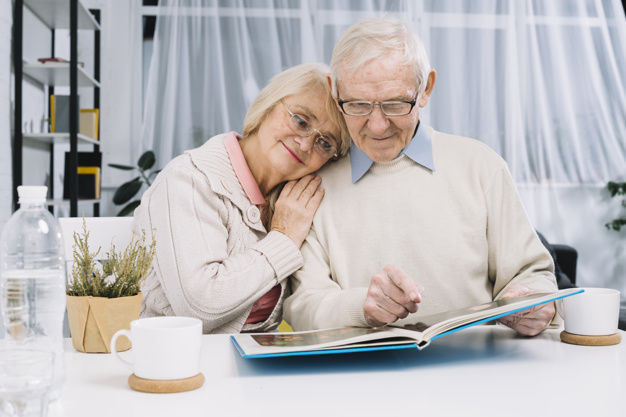 Many people think dementia is a ‘natural part of growing old’ which isn’t so. Age is a ‘risk factor’ though. 9-10 percent of those diagnosed with the condition have early-onset dementia, which can occur when someone is in their forties or fifties, or even as young as their thirties. Dementia is caused by diseases which lead to changes to the structure and chemistry of the brain that brings with it a range of symptoms and difficulties. Common symptoms that may be present well before an actual dementia diagnosis, include concentration problems, mood swings, memory loss, confusion with day to day tasks such as counting the change when shopping, mixing up times and places, and trouble following a conversation or finding the correct word. These symptoms are usually mild, eventually becoming severe, meaning you or your family and friends may fail to notice for some time. Keep in mind there are different kinds of dementia that can affect people in varying ways. Alzheimer’s disease is the most common type of dementia that accounts for 62 percent of all dementia diagnoses.

Here are a few things everyone, including loved ones of those with dementia, should be aware of:

Dementia is not just one condition.

Dementia is an umbrella term for a group of conditions- examples include Alzheimer’s, vascular dementia, dementia with Lewy bodies and frontotemporal dementia- that deteriorates the brain function. These disorders are generally progressive and often worsen quite slowly, ultimately become severe. Alzheimer’s is the most common type of dementia in the USA.

Dementia goes beyond losing your memory.

People often link dementia with memory loss, and rightly so, the condition often starts by affecting a person’s short-term memory. People are often seen repeating themselves and having problems recalling things that took place recently. Aside from memory, dementia can also affect the way people think, speak, perceive things, feel and behave, for example, the other symptoms can include mood changes, memory changes, concentration difficulties, and language and communication problems, which can be very stressful for the person and the family.

Dementia can be difficult to spot and diagnose in the early stages as symptoms tend to vary from one individual to another, partly due to the type of dementia and also because its affect on an individual depends specifically on which area of the brain has been affected.

There are ways to reduce your odds of developing dementia.

It is true that there is no cure for dementia and the condition cannot necessarily be prevented as well, but there are some lifestyle factors which increase your risk of developing it. Therefore, by taking steps to change your lifestyle you can reduce your odds of developing the condition, for example, eat a healthy diet, maintain a healthy weight, reduce consumption of alcohol, stop smoking, keep active and exercise regularly, and take steps to keep your blood pressure at regular levels.

Diagnosis is of paramount importance.

Early diagnosis can help you to understand how it will progress and what symptoms are likely, and will also enable you and the individual who has the condition to get the support and treatment needed, which can help you to devise strategies and make plans, together if possible.

Look out for dangerous and risk-taking behavior- it can be a symptom.

Depending on which area of the brain of the individual has been affected, he/she may have impaired ability to reason, behave inappropriately, or become aggressive, you may notice dangerous or increased risk-taking behavior, which can be worrisome.

If you are struggling to handle such behaviors, it’s vital that you get support and help, in the form of North Phoenix assisted living care for your beloved. It may also be time to consider moving your loved one to a specialist dementia or memory care facility.