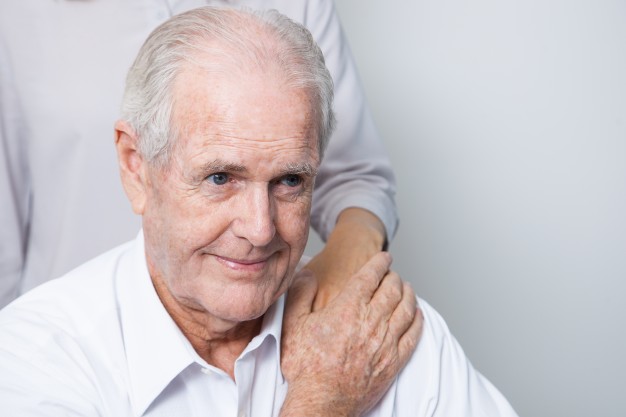 Learn About Signs And Symptoms Of And Treatment For Vascular Dementia

Vascular dementia is the second most common cause of dementia in senior people after Alzheimer’s in the United States that is caused by reduced blood flow to the brain (depriving brain cells of  vital oxygen and nutrients), typically from a stroke or a series of strokes, which is what highlights the vascular aspects of the disease. Also known as multi-infarct dementia, Vascular dementia (VD) can cause changes in thinking skills, and tends to cause problems with memory, speech or balance. These changes can happen all of a sudden or begin mildly and worsen over time.

There are 400 different types of dementia, Alzheimer’s disease being more common, as it is estimated that 60-80% of people with dementia have Alzheimer’s disease. While many of the presenting symptoms of both Alzheimer’s and Vascular dementia are the same, the main difference lies in the onset and predisposing factors including different types of illness. For instance, Alzheimer’s disease has a slower or gradual onset with symptoms including memory difficulties, especially in regard to recent activities or conversations, whereas VD primarily affects judgment or ability to make decisions, as opposed to memory. Most individuals with VD start experiencing symptoms after age 65, although the risk is significantly higher for people in their 80s and 90s. The risk is also higher for people who have suffered from a stroke.

Mental and Emotional signs and symptoms– slowed thinking; being easily distracted; hallucinations and delusions; memory problems (forgetfulness); confusion; unusual mood changes (depression and irritability); confusion that might worsen at night; and personality changes and loss of interest in socializing.

Physical signs and symptoms– dizziness; problems with balance; loss of bladder or bowel control; leg or arm weakness; and tremors.

Behavioral signs and symptoms– slurred speech; trouble planning, organizing, or following instructions; getting lost in familiar surroundings; reduction in ability to function in daily life; laughing or crying at inappropriate times; and difficulty carrying out tasks that one could do easily, such as managing money, paying bills, etc.

Though there is no cure for VD yet, there are medications that can help manage the symptoms, and also by keeping the risk factors in check or treating the risk factors (illnesses that affect the brain) that led to VD, such as diabetes or high blood pressure, you may be able to prevent or may even be able to reverse some of the symptoms. One of the most crucial things is to lower your risk of having another stroke and making the dementia worse. Sometimes medications used to treat memory problems in Alzheimer’s disease might as well be helpful for VD.

Besides medicines, regular physical exercise, eating a balanced diet, getting adequate sleep, and limiting alcohol intake are other important ways to promote good brain health and reduce the risk for heart disease, which can help a person with vascular dementia.

When a senior is dealing with Alzheimer’s or other forms of dementia, they often require attentive and expert care, along with an environment that’s safe and secure. That is where a memory care facility can play a huge role in cultivating cognitive skills of older adults through their set schedules and routines that create a stress-free lifestyle, safety features that enhance their health, and specialized memory care programs. Memory care is an excellent option if an individual is no longer able to care for him or herself and cannot be safely cared for by an untrained family member or loved one.

Memory care staff at Anthem Seniors– an award-winning assisted living care provider in the Anthem Arizona- have years of experience and expertise in caring for people with impaired mental and memory function due to Alzheimer’s and other types of dementia. Services offered range from light housekeeping and help with household chores, to help with intimate hygiene activities and skilled nursing care.

Contact us on 602.909.9550 to book a suite today. All kinds of safety and social distancing protocols are being maintained.